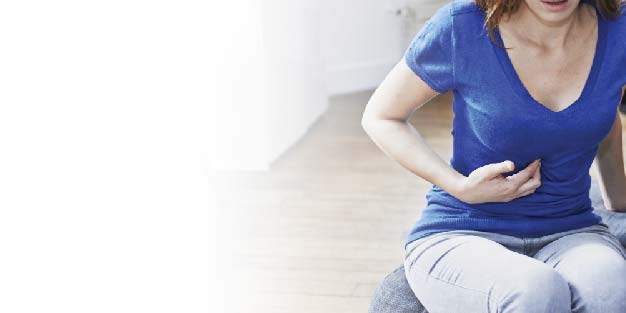 This page looks at how our digestive organs and all three phases of digestion require magnesium, and why magnesium deficiency can lead to digestive disorders. Sections include: 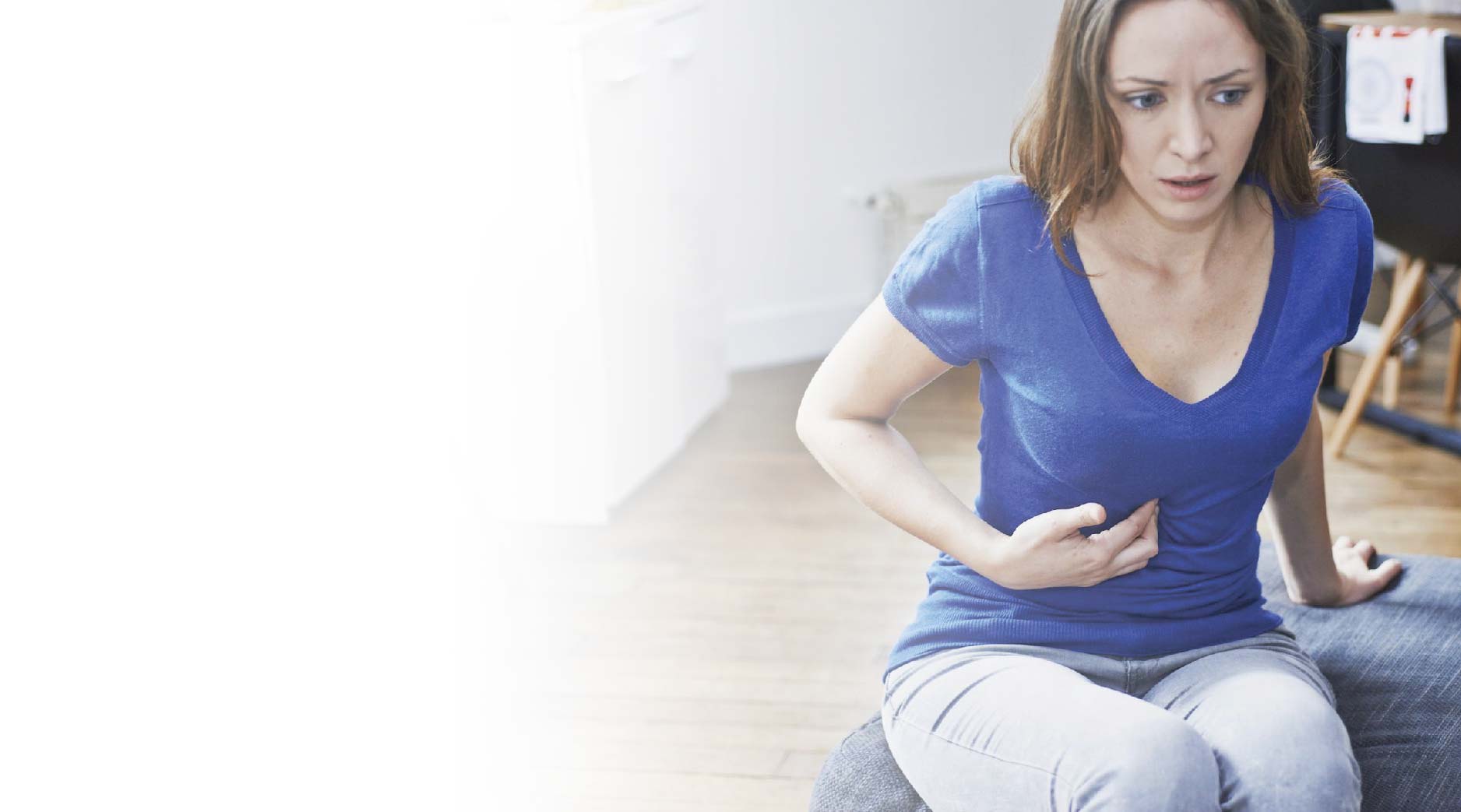 We can find the following 3 biological roles of magnesium in every system of the body, because they are fundamental to life itself: energy production, physical structure, and cellular protection. Let’s take a quick look at how magnesium facilitates these in our digestive organs:

Every digestive organ is made of cells which need energy for the organ to stay alive. Energy is created when cells convert fat molecules (fatty acids) or sugar molecules (glucose) into units of molecular energy called ATP.[1] Digestive organs don’t work without ATP,  and they can’t produce this energy without magnesium.[2-5] You can learn more about this on the magnesium & metabolism page.

Organs are made of functional units called cells. The organ’s structural health is a direct result of its cells’ structural health. Cells maintain their structure by assembling dietary amino acids into the proteins that repair and/or become an actual part of the cells themselves.  This biological conversion of food into flesh is called protein synthesis, and it requires both magnesium and our DNA[6,7].

Magnesium protects our digestive organs from their most consistent forms of damage: inflammation, oxidative stress and calcification.

1. Inflammation: Magnesium is naturally anti inflammatory[8-12] which is linked with its role in producing and positively influencing two of our biggest anti-inflammatory helpers, melatonin and glutathione.[13-18] This explains why magnesium deficiency leads to inflammation and malfunction of the heart and intestine[19,20] and why it is found in up to 88% of people suffering from inflammatory bowel disease.[21]

Magnesium & the path of digestion:

Now, as we will follow the path of digestion our food takes until it enters our bloodstream, we will see how magnesium’s role in these fundamental processes helps with each phase of digestion. We also look at how magnesium is involved in other more specific ways for each phase/organ.

Digestion consists of a mechanical and chemical component. Let’s look at magnesium’s involvement in both of these components in the first phase of digestion: in our mouth.

The obvious mechanical component is chewing, which depends on magnesium for nervous and muscular activation of the muscles in our jaw. However the act of chewing plays another critical role: It activates our vagus nerve, which signals our digestive organs to prepare themselves to handle incoming food by producing digestive enzymes and stomach acid.[40,41]

The chemical component of digestion occurs when a digestive organ produces digestive enzymes: molecules that break down our food into smaller parts.

Our mouth’s digestive organs are the salivary glands. They make saliva which has amylase: the digestive enzyme that breaks down starch into smaller chains of glucose.[42] Salivary glands – like all organs – need magnesium for energy, function and safety. Magnesium’s vitality to salivary function looks even more important when we realize that saliva also plays a role in oral hygiene, wound healing, and enhancing the function and health of other digestive areas.[43]

In addition to its influence on the function of our salivary glands,[44] magnesium  itself is also one of the electrolytes found in human saliva – alongside sodium and potassium which are the most critical. [44,45] Magnesium’s association with salivary function is also found in human disease:

Chewing and salivary function both help the entire digestive process. This helps explain why  more  salivary amylase is linked to better blood sugar balance after eating carbs.[46] How well we metabolize carbs is also strongly linked with diabetes. It makes sense then that another link between salivary function, diabetes and magnesium has been found:

Not only do diabetic people have impaired salivary function and make less saliva, but their saliva also has higher concentrations of calcium, and lower concentrations of magnesium than that of healthy people.[47] This brings to mind magnesium’s natural antagonistic relationship with calcium,[48] which shows traces in a health condition specific to our salivary glands:

Like our kidneys, our salivary glands can also develop dense mineral deposits. Salivary gland stones are called sialoliths, and sialolithiasis is a common disorder of the salivary glands.[49-51]  While not life-threatening, sialoliths can be painful. If untreated they can lead to salivary gland deterioration, and grow to almost an inch in size, requiring surgical removal. [52]

The exact cause of sialolithiasis is not known however symptoms include poor salivary and metabolic function which both require magnesium. Furthermore the stones are primarily composed of calcium[53], which brings to mind magnesium’s basic role in preventing calcification. This is further highlighted when we look at the environment of the salivary glands and the saliva itself, which show increased levels of calcium, and decreased levels of magnesium.[54,55]

While magnesium won’t heal sialolithiasis on its own, it is known to reverse calcification, and it definitely can prevent it. Based on magnesium’s role in overall salivary gland function as well as calcium regulation, healthy magnesium levels are essential to preventing salivary stones, and of course to initiating the digestive process, which resumes in our stomach:

Our food now passes down our esophagus, into our stomach where protein digestion begins. Just like our salivary glands, our stomach’s cells need magnesium for both the mechanical and chemical components of digestion. The mechanical aspect involves the churning of the stomach’s muscles to break down food chunks into smaller pieces. The contraction, relaxation, and activation of these muscles (and all muscles in the human body) requires magnesium.

Meanwhile the chemical component of the stomach’s protein digestion is also the most critical and energy-demanding: the making of stomach acid by the stomach’s parietal cells[56], which also requires magnesium:

Stomach acid production is stimulated by hormones & neurotransmitters whose creation (via protein synthesis), and delivery (via nervous and cardiovascular systems) need magnesium. Yet these are only magnesium’s broad roles which highlight its ever-present nature in our body’s systems. We also need magnesium specifically to pump stomach acid  into the stomach cavity to digest protein:

From all the different kinds of cells that make up our stomach, the parietal cells are the ones that pump hydrogen and chloride ions (hydrochloric/stomach acid) into the stomach’s digestive area.[57] This utilizes a special hydrogen/potassium pump called an H+/K+ ATPase pump. This stomach-acid pump is magnesium-dependent.[58,59] Without magnesium, our stomach can’t make the acid that initiates protein digestion. Once the acid is released it performs two critical functions:

First it unfolds (denatures) the proteins we consumed. Second, it converts the digestive enzyme pepsin, into its active form pepsinogen. Pepsinogen is what breaks down our proteins into smaller combinations of amino acids, which can then pass into our small intestine where the final phase of digestion for proteins, carbs and fats takes place:

Magnesium and our pancreas

The fats, amino acid chains and glucose chains now pass from our stomach into our intestine, where more digestive enzymes break them down into fatty acids, single amino acids, and single glucose molecules. Yet while digestion occurs in the intestine, the pancreas is the nearby organ that releases these digestive enzymes into the small intestine. It releases:

The pancreas’ production of these digestive enzymes requires magnesium, [60] and without them, our intestine is incapable of absorbing most of the nutrients from our food.  In addition to its function, magnesium is also required for our pancreas’ general health: Not only does magnesium supplementation significantly reduce the severity of pancreatitis[61] (a condition of severe pancreatic inflammation), but magnesium intake also serves as a primary preventative measure against pancreatic cancer.[62]

Magnesium and our intestine’s lifespan

Our small intestine is the gateway for the majority of nutrients to pass into our bloodstream. However it’s also the environment that is most exposed to bacteria and inflammation,[63] which are both extremely damaging to intestinal cells.

This is why intestinal cells (especially the microvilli that absorb nutrients) have some of the shortest lifespans of all cells: between 2-3 days.[64,65] Every time an intestinal cell dies, a stem cell must transform into a specialized intestinal cell to replace it.[66] Thus we see just how critical magnesium is to our small intestine:

The high amounts of inflammation and bacteria in our small intestine are also two primary contributors to SIBO: Small Intestinal Bacterial Overgrowth which is increasingly common. It’s no coincidence that SIBO numbers are rising as our exposure to stress and synthetic/toxic/iron-enriched foods is also at all-time highs:

Stress and inflammation both physically damage our cells and impair their energy production, especially the cells of our intestine’s immune system. When these damaged, inefficient immune cells are unable to fully control bacteria levels in the gut, we develop bacterial overgrowth.

Acid reflux and GERD are the most common digestive disorders in North America[68]. They  include the painful sensation of stomach acid touching our esophagus. Drug companies tell us this is caused by excess stomach acid so they can sell drugs called Proton Pump Inhibitors which  impair stomach acid secretion, and as a side effect cause magnesium deficiency. [69-71]

What leads to this disruptive pressure in our stomach? Research points to the overgrowth of h.pylori bacteria in the stomach and small intestine, which helps explain why antibiotics decrease acid reflux and strengthen the esophageal sphincter.[77,78]

While antibiotics help, magnesium has a fundamental role in fighting bacteria, without any side-effects. It fuels immune cells in our intestine and protects them from inflammation. This effect is especially potent via its positive effect on melatonin levels and synthesis, because melatonin is powerfully anti-inflammatory, especially in our intestine, nervous and immune systems,[79-83] which are all closely connected.

Once stomach acid is impaired (either by insufficient nutrients or PPI drugs) and bacterial overgrowth has begun, the condition becomes a self-perpetuating cycle. For those taking antacid drugs, the pain of acid in the esophagus subsides because they lose the ability to make acid. However they don’t solve the problem, thus the bacterial overgrowth (caused by low stomach acid in the first place) continues to progress, and the malfunctioning esophageal sphincter never improves. What’s worse is that continued bacterial overgrowth can lead to worse conditions including stomach ulcers and IBS – irritable bowel syndrome. [87-90] These are more serious conditions than GERD and heartburn.

While restoring and maintaining healthy magnesium levels may not resolve all digestive disorders on its own, based on magnesium’s essential roles in digestion, it is still a major requirement. A complete magnesium restoration protocol can include::

Additional tips to improve the digestive environment are: 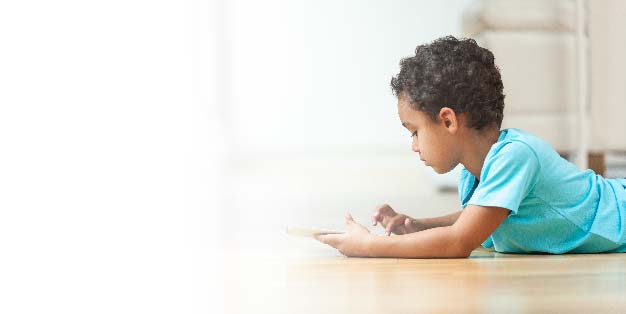 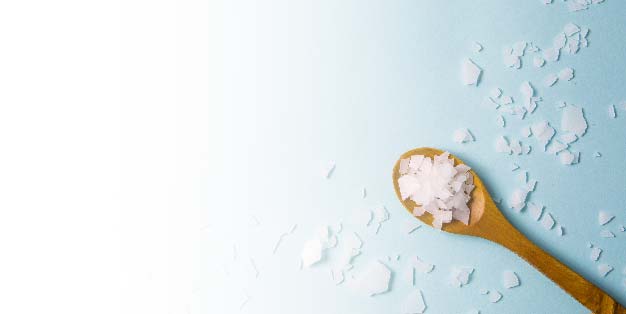 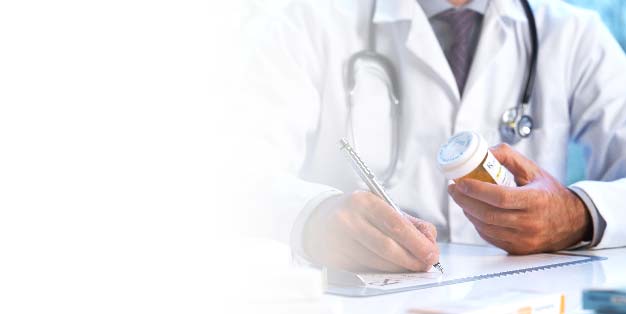 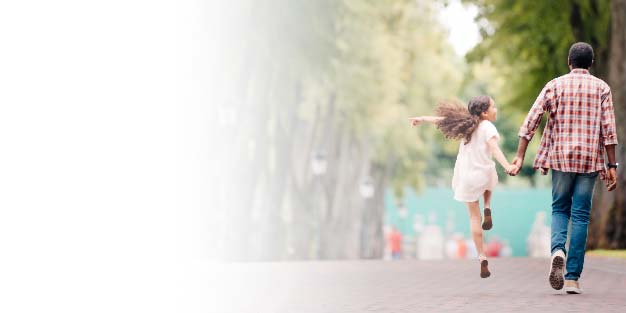 Magnesium for all your body parts.